The Commissioner introduces XT to Team Slipspace. They are unhappy to be stuck with XT because of XT's restrictive contract which requires him to be paid more than the whole team combined, requires him to only be called "XT", and makes him the team runner. After being forced to sell the stadium to pay XT's salary, Slipspace learns that the XT's probation says he isn't allowed to leave his cage. 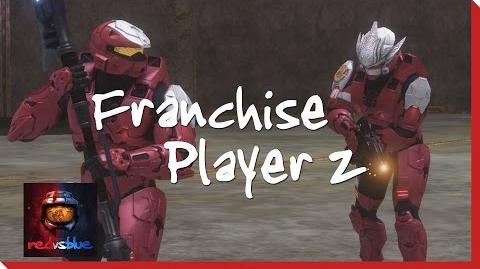 Retrieved from "https://grifball.fandom.com/wiki/Grifball:_Franchise_Player_2?oldid=5412"
Community content is available under CC-BY-SA unless otherwise noted.